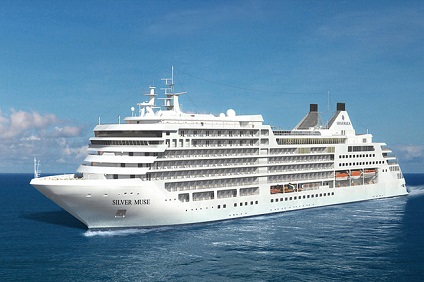 14 Night Cruise sailing from Auckland to Melbourne onboard Silver Muse.

Home to phenomenal scenery, New Zealand is a wanderlust wish list staple. Everything here is oversize: enormous national parks, compelling culture, views as far as the eye can stretch. Enjoy the ubiquitous Lord of the Rings grandeur from actual film sets to spellbinding vistas. However, the highlight of this voyage is surely the prismatic beauty of the Doubtful and Milford Sounds; if there was ever a bucket list experience, this is it.

Auckland
Auckland is called the City of Sails, and visitors flying in will see why. On the East Coast is the Waitemata Harbour—a Māori word meaning sparkling waters—which is bordered by the Hauraki Gulf, an aquatic playground peppered with small islands where many Aucklanders can be found "mucking around in boats."Not surprisingly, Auckland has some 70,000 boats. About one in four households in Auckland has a seacraft of some kind, and there are 102 beaches within an hour's drive; during the week many are quite empty.

Tauranga
The population center of the Bay of Plenty, Tauranga is one of New Zealand's fastest-growing cities. Along with its neighbor, Whakatane, this seaside city claims to be one of the country's sunniest towns. Unlike most local towns, Tauranga doesn't grind to a halt in the off-season, because it has one of the busiest ports in the country, and the excellent waves at the neighboring beach resort of Mount Maunganui—just across Tauranga's harbor bridge—always draw surfers and holiday folk.

Wellington
New Zealand's capital is, arguably, the country's most cosmopolitan metropolis. It's world-class Te Papa Tongarewa-Museum of New Zealand is a don't-miss attraction, and the burgeoning film industry led, of course, by the Lord of the Rings extravaganzas has injected new life into the local arts scene. Attractive and compact enough to be explored easily on foot, Wellington is a booming destination. Modern high-rise buildings gaze over Port Nicholson, surely one of the finest natural anchorages in the world. Known to local Māori as The Great Harbor of Tara, its two massive arms form the jaws of the fish of Maui from Māori legend. Sometimes referred to as the windy city, Wellington has been the seat of New Zealand's government since 1865.

Picton
The maritime township of Picton (population 4,000) lies at the head of Queen Charlotte Sound and is the arrival point for ferries from the North Island, as well as a growing number of international cruise ships. It plays a major role in providing services and transport by water taxi to a multitude of remote communities in the vast area of islands, peninsulas, and waterways that make up the Marlborough Sounds Maritime Park. There's plenty to do in town, with crafts markets in summer, historical sights to see, and walking tracks to scenic lookouts over the sounds.

Stewart Island
Stewart Island is home to New Zealand's newest national park, Rakiura National Park. The third and most southerly of New Zealand's main islands, Stewart Island is separated from the South Island by the 24-km (15-miles) Foveaux Strait. Its original Māori name, Te Punga O Te Waka a Maui, means "the anchor stone of Maui's canoe." Māori mythology says the island's landmass held the god Maui's canoe secure while he and his crew raised the great fish—the North Island. Today the island is more commonly referred to by its other Māori name, Rakiura, which means "the land of the glowing skies." This refers to the spectacular sunrises and sunsets and to the southern lights, or aurora australis. The European name of Stewart Island dates back to 1809. It memorializes an officer William W. Stewart on an early sealing vessel, the Pegasus, who was the first to chart the island. The island covers some 1,700 square km (650 square miles).

Cruising Milford Sound
New Zealand fiord country along with Fiordland National Park is one of New Zealand's premier attractions. Incredibly beautiful, wild and remote, the region is an intriguing combination of rugged mountain ranges, dense rainforest, solitary alpine lakes, sparkling rivers and splashing waterfalls. Much of Fiordland is virtually unexplored wilderness and still the habitat of rare birds. As the ship cruises the beautiful Doubtful, Dusky and Milford Sounds, experience the majestic fiordland of South Island's western coast. Captain James Cook sailed along this coast in 1770 and again in 1773, when he anchored at Dusky Sound for a rest and ship repair. Doubtful Sound is one of the region's most majestic fiords. It is ten times larger than Milford Sound. As the ship cruises into Hall Arm, gaze at vertical cliffs and mighty waterfalls plunging over sheer rock faces. In fine weather, mountains and greenery are reflected in the protected waters of the fiord.

Hobart (Tasmania)
Straddling the Derwent River at the foot of Mt. Wellington's forested slopes, Hobart was founded as a penal settlement in 1803. It's the second-oldest city in the country after Sydney, and it certainly rivals its mainland counterpart as Australia's most beautiful state capital. Close-set colonial brick-and-sandstone shops and homes line the narrow, quiet streets, creating a genteel setting for this historic city of 215,000. Life revolves around the broad Derwent River port, one of the deepest harbors in the world. Here warehouses that once stored Hobart's major exports of fruit, wool, and corn and products from the city's former whaling fleet still stand alongside the wharf today.Hobart sparkles between Christmas and New Year's—summer Down Under—during the annual Sydney-to-Hobart yacht race.

Melbourne
Consistently rated among the "world's most livable cities" in quality-of-life surveys, Melbourne is built on a coastal plain at the top of the giant horseshoe of Port Phillip Bay. The city center is an orderly grid of streets where the state parliament, banks, multinational corporations, and splendid Victorian buildings that sprang up in the wake of the gold rush now stand. This is Melbourne's heart, which you can explore at a leisurely pace in a couple of days.