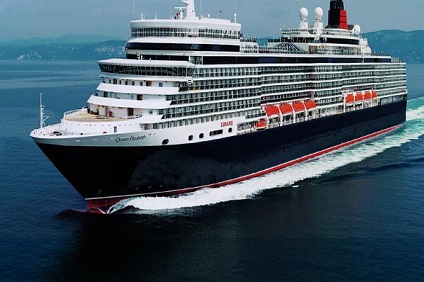 Set off from Sydney to Tasmania. Explore Hobart’s yacht-filled waterfront and enjoy the view from Port Arthur’s UNESCO-listed prison. Then Melbourne and Sydney’s irresistible charms entice you back.

Sydney, NSW, Australia
The stunning harbour city, Sydney, is Australia’s oldest and largest urban centre. Its fascinating modern history began in the year 1788 with the arrival of the ‘First Fleet’ of 760 British convicts.

Gold mining and sheep breeding propelled Sydney’s development, and today it’s the largest port in the entire South Pacific. Mark Twain called it “the wonder of the world”.

Hobart, TAS, Australia
Wave goodbye to any preconceptions you may have of Australia, as you say hello to wonderful Hobart on the southeastern coast of Tasmania. Revel in the capital's splendid heritage, scenery and culture.
Hobart has a distinctly European look and feel, and a unique local character. Capital of Australia’s Island State, with Mt. Wellington as its backdrop, it has plenty to offer the adventurous and the inquisitive.

After Sydney, Hobart is the second-oldest capital city in the country, having been established in 1804 as a penal colony. Its location in the estuary of Tasmania’s Derwent River means it is sheltered and calm, although its southern latitude means it often experiences cooler climates than on mainland Australia.

Hobart may be a small city, but it is tightly packed with history, culture, art and an emerging food scene that is quickly gaining national attention.

Known originally as Hobart Town or Hobarton, Tasmania’s capital city was named after the Colonial Secretary at the time of the town’s settlement, Lord Hobart.

Before Europeans arrived in Tasmania, the region was inhabited by indigenous peoples known as Muwinina, and in their language, the mountain that towered over the area was called kunanyi. Today it is known as Mount Wellington.

Although convicts were some of the earliest European settlers in Hobart, local opposition to the transport of more prisoners began in the 1840s. By 1853, no more penal colonies were brought to Tasmania, then known as Van Diemen's Land.

Hobart is the home port for Australian and French Antarctic activities, with nearly 2,000 tons of cargo leaving the port for Antarctica each year.

One of the first sights that will greet Hobart cruise passengers is Mount Wellington, the city’s natural backdrop and an incredible viewpoint to see Hobart from a bird’s-eye perspective. The mountain towers over 4,000 feet above the harbour its peak dusted in snow in winter and covered in lush greenery for the rest of the year. Shuttle buses regularly make the 25-minute journey from the centre of Hobart to Mount Wellington.

The Royal Tasmanian Botanical Gardens offer visitors 14 hectares of landscaped natural beauty, made up of flora from all over the world. It is a tranquil escape from the city, and ideal for a romantic stroll or some quiet reflection.

Get a feel for Hobart’s European influences at Battery Point, where Georgian and Victorian architecture dominate the historic streets. There are plenty of cafés and boutiques to explore, but to learn more about the area’s history and culture, take a walking tour of Battery Point. Led by a local guide, these tours allow visitors to take in the picturesque surroundings of the historic precinct while learning about its inhabitants and heritage.

If you are visiting Hobart on a Saturday, head straight to Salamanca Place, where you will find the bustling Salamanca Market. Beginning life as just 12 stalls in 1972, the popular street market now has over 300 vendors, and over 25,000 visitors each week. It is the ideal place to pick up some fresh local produce or locally-made handicrafts as a souvenir.

The Museum of Old and New Art, or the MONA, is located on the grounds of the Moorilla Winery in Hobart, and is home to over 400 works of art from founder David Walsh’s private collection. As a highly acclaimed attraction in a small city, Hobart’s MONA has been likened to Bilbao’s Guggenheim Museum.

Port Arthur, TAS, Australia
No call at Port Arthur is complete without visiting its once-feared and ever-infamous prison colony, a UNESCO historical site. Explore the fascinating ruins, once booming dockyard and restored houses.

After a spell in prison, you might like to visit the Tasmanian Devil Conservation Park, where you’ll get to meet some notoriously bad-tempered and increasingly rare marsupials.

Melbourne, VIC, Australia
Originally part of New South Wales, Victoria became a colony in its own right in 1851. The discovery of gold and the development of agriculture launched Melbourne’s rise to prominence and prosperity.

Flower gardens and graceful, tree-lined boulevards give Melbourne its refined air, and it is considered the hub of Australia’s cultural, intellectual and financial life. Certainly by Melbournians.