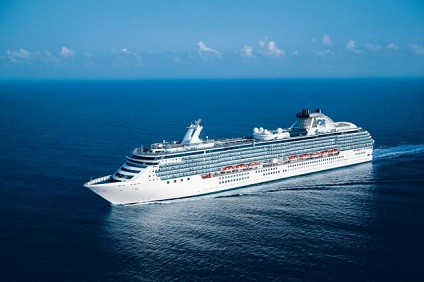 Princess Dream With Us Sale

BONUS Onboard Spending Money per stateroom † on select 2021-2022 cruises

Brisbane, Australia
Once considered the "country cousin" among Australian cities, Brisbane is today the nation's third-largest metropolis - and one of the most desirable places to live in the country. Lying on the banks of the meandering Brisbane River, this cosmopolitan city boasts elegant 19th-century sandstone buildings, a lively cultural scene and superb parklands. Brisbane is also your gateway to uniquely Australian adventures, be it the theme parks of the Gold Coast or Queensland's dazzling beaches.

Sydney, Australia
As your ship passes Harbour Heads, you are presented with the shimmering skyline of Sydney - hailed by many seafarers as "the most beautiful harbor in the world." Two prominent landmarks, Harbour Bridge and the sail-like curves of the Sydney Opera House, grace the backdrop of this picturesque harbor. There is a wealth of adventure waiting in Sydney - from its cosmopolitan city center to miles of beautiful beaches and the Blue Mountains.

Australia's oldest and largest city was born in 1788 with the arrival of the "First Fleet" transporting 760 British convicts. Today, Sydney is the largest port in the South Pacific and is often voted the most popular destination in the South Pacific.

Port Arthur, Australia
Port Arthur is named for George Arthur, the Lieutenant Governor of Tasmania from 1823 to 1837. It was Arthur who converted a small convict lumber station on the Tasman Peninsula into the most feared penal colony in Australia. Preserved today as the Port Arthur Historical Site, the then state-of-the-art prison was designed to hold repeat offenders in isolation and hard labor. When it closed in 1877, it marked the end of a dark chapter in English and Australian history.

Both Port Arthur is also your gateway to the wild and scenic Tasman Peninsula. Its wave-lashed coast is the site of spectacular rock formations such as Tasman Arch, the Tessellated Pavement and the Devil's Kitchen. The peninsula is also home to small farms, superb fruit orchards and acclaimed vineyards.

The Tasman Peninsula is one of the last refuges for the endangered Tasmanian devil. The Tasmania Devil Conservation Park is in the forefront of protecting these unique - if surly and downright disagreeable - remnants of Tasmanian prehistory.

Hobart, Australia
Tasmania's capital has much in common with Sydney. Founded but a few years later, Hobart also owes its origins to the establishment of a penal colony - and its natural setting is just as impressive. Seen from its fine deep-water harbor, Hobart spills over the lower reaches of the Derwent Valley as Mt. Wellington towers in the background. Much of the city's heritage is centered on the historic waterfront. North of the city stretches the vast parkland of the Queen's Domain. Many of Tasmania's other attractions are within easy reach of Hobart.